The term “Brexit” refers to the process that has determined the definitive exit of the United Kingdom from the European Union starting from January 1, 2021.

On that date, in fact, the so-called transitional period was concluded. The transitional period – started on February 1, 2020, with the enforcement of the “EU-UK Withdrawal Agreement” – was the period during which the United Kingdom, although it was no longer part of the European political bodies and institutions, continued to remain subject to the European Union Law.

During the above-mentioned transitional period, United Kingdom and European Union reached an important agreement: the “EU-UK Trade and Cooperation Agreement” (so-called “TCA”), published in the Official Journal of the European Union on December 31, 2020. The TCA establishes the conditions for the cooperation between the European Union, on the one hand, and the United Kingdom, on the other hand, and regulates both the trade of goods and services and other issues, such as those related to the social security.

In particular, with specific reference to the social security sector, the coordination rules are contained in a specific Protocol, which is a part of the TCA and which is valid for 15 years from the entering into force of the latter.

Following the publication of the TCA, the Italian National Social Security Institute (INPS), with the Circular no. 71 of April 27, 2021, provided for some clarifications and the first operational indications about the posting of workers to the United Kingdom and the exercise of the working activity in two or more States.

The clarifications provided by INPS are particularly important since the United Kingdom is historically one of the Countries in which the flow of workers from Italy is most concentrated.

By way of derogation from the general provisions contained in the TCA regarding the applicable legislation, and as a transitional measure, the Protocol provides that employees or self-employed persons who work in the United Kingdom may remain subject to the legislation of the “Stato di invio” (i.e. the State of origin) for a period not exceeding 24 months.

Such provision is not directly applicable to all the member States but only to those States that shall have communicated to the European Union their intention to derogate from the general provisions (so-called “Category A-States”).

In addition to the above-mentioned category A, the Protocol provides for other two categories: i) the Category B-States, which includes States which have expressed their intention to avoid the application of the derogation; ii) Category-C States, which includes States which have not communicated their decision in this regard and for which the posting rules have been applied for one month after the enforcement of the TCA.

In this regard, Italy, through the Ministry of Labour and Social Policies, has expressed the intention to be included in the Category-A States, which, in their relation with the United Kingdom, shall apply the posting rules for 15 years (the period of validity of the Protocol) in derogation from the general provisions.

In contrast to the provisions of the previous European legislation, the Protocol does not provide for either the possibility to extend the ordinary duration (24 months) of the posting nor to conclude, in certain cases and under certain conditions, agreements which derogate from the general rules about the determination of the applicable legislation.

Furthermore, the validity of the posting certificates (so-called “Modelli A1” – i.e. the posting certificates by virtue of which the posted worker remains insured for social security purposes in the EU Country in which the posting company is based) released before the introduction of the TCA and with a termination date after December 31, 2020, is confirmed. In this case, it shall be possible, at the end of the period, to request a new posting, without interruption, in compliance with the maximum duration of 24 months (in which the posting occurred before 2021 must be included), with the possible extension of the term with a specific agreement in derogation pursuant to Article 16 of the Regulation 883/2004.

Finally, with reference to the hypothesis of the exercise of employed or self-employed activity in two or more States (one of which the United Kingdom), INPS declares that the Territorial Structures shall be able to continue to release the certifications concerning the applicable legislation also for such working situations.

International E-Discovery: A Global Handbook of Law and Technology 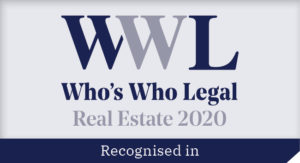